Graphs are one of the simplest sorts of topological spaces. In fact, they’re so simple that topologists don’t usually spend much time studying them. Their homology and homotopy groups are determined purely combinatorially; every connected graph is homotopy equivalent to a wedge sum of circles. Graph theory focuses on stricter combinatorial invariants, usually even stricter than homeomorphism. However, a lot of the algebraic tools that topologists use to study topological spaces have combinatorial properties that encode more than just homotopical information when applied to graphs. Let’s look at the chain complex of a graph, viewed as a simplicial complex.

This is a very simple algebraic object, a complex

A flow on \(G\) is an element of the kernel of the only nontrivial boundary map of \(G\). That is, given an orientation of the edges, it is a choice of an integer \(x_e\) for each edge \(e\) of \(G\) satisfying Kirchoff’s current law: the net flow out of any vertex is zero. This is a very familiar topological object; the kernel of the boundary map is just \(H_1(G)\). The fact that we care about the particular combinatorial structure of \(G\), however, means that the actual construction of the boundary map is relevant, not just its homology up to isomorphism. In particular, we can look at the way that \(H_1(G)\) sits inside \(C_1(G) = \mathbb{Z}^{|E|}\). One way to do this is to consider the set of \(k\)-flows: flows that are less than \(k\) in absolute value. By restricting the size of flows, we have gone from a homotopy-invariant object to one depending on the specific combinatorial structure of \(G\).

While combinatorial, this quantity still has a sort of topological feel, and topological thinking is still relevant. For example, suppose \(G\) is a planar graph with dual \(G'\). Every \(k\)-coloring of \(G'\) gives a nowhere-zero \(k\)-flow on \(G\).

To see this, let’s first review the relationship between \(G\) and \(G'\) from a topological perspective. Since \(G\) is a planar graph, it corresponds to a cell decomposition of a simply-connected closed subset of \(S^2\). 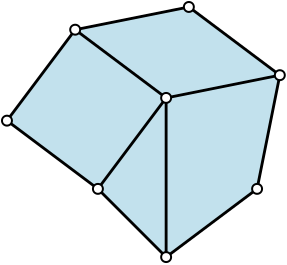 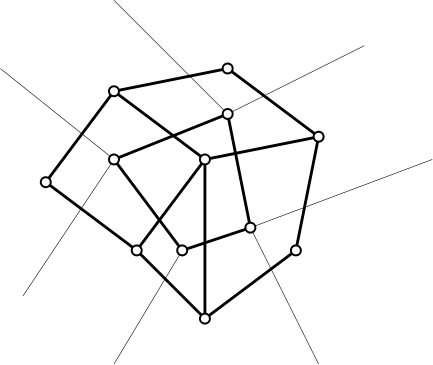 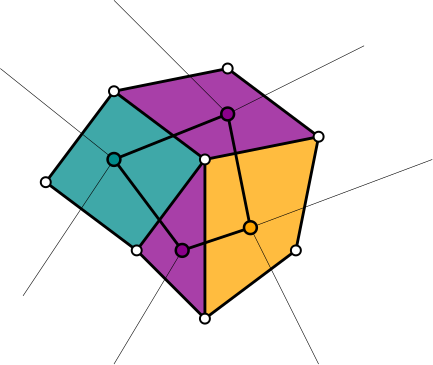 This flow-coloring duality extends to higher-dimensional structures. If \(X\) and \(X'\) are dual cell structures on a compact manifold \(M\) of dimension \(n\), where \(H_{n-1}(M) = 0\), then nowhere-zero \((n-1)\)-cycles of \(X\) which are everywhere less than \(k\) in absolute value correspond to \(k\)-colorings of the 0-cells of \(X'\). I’m not aware of anyone who has studied this, but it seems like an interesting connection between graph theory, topology, and the combinatorics of cell complexes.